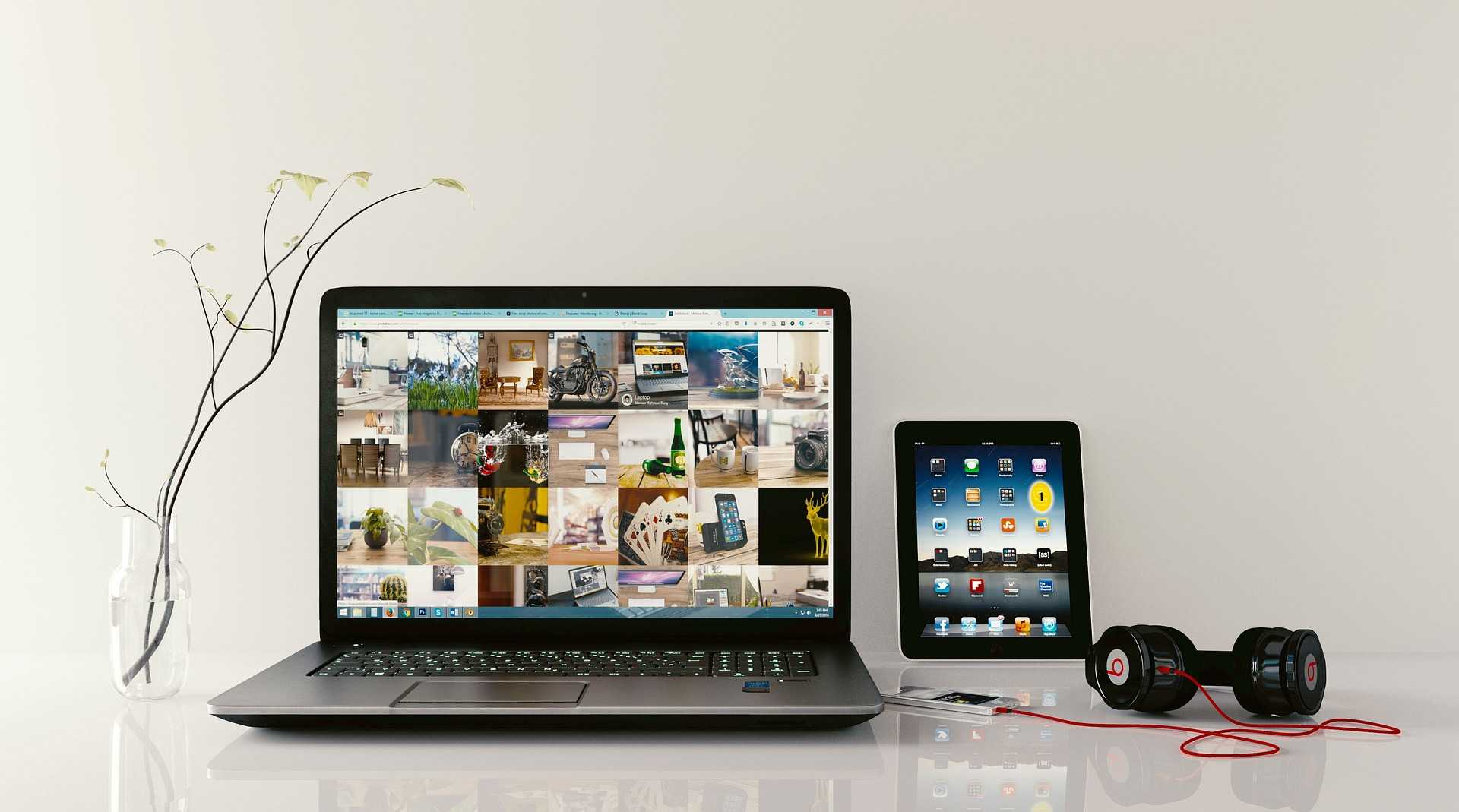 Film based journalism faces many ethical and legal obstacles. Often, control over the broadcast is usually beyond the producer’s reach as they lack oversight over suppression of outcomes as soon as it leaves the airwaves (Butler & Rodrick, 2015). When a story justifies the need for reduced informed consent or coverage, sometimes it’s in the best interest of the public for the producers to hold an ethical forum to advise their judgments. This act ensures that the whole process is accountable and transparent in the eyes of the citizens.

Media ethics exist to ensure credibility in every information relayed to the public. Various principles governing media ethics are part of journalism curricula across the world. Among them is the truth which tends to conflict with other values as shown in the following examples. Also, journalists are expected to channel information that upholds the public’s interest. Some materials, like government or military secrets, are delicate. Therefore, the media personnel is required to handle it with a certain degree of caution (Butler & Rodrick, 2015). Journalists should adhere to both international and local constitutional statutes while carrying out filming activities. However, some states allow specific leeways.

This paper illustrates how moral and other legal considerations in journalism interlink. Also, the essay will expound several ethical factors that affect the film industry and the media at large. First, I will begin by outlining the laws that affecting camera journalism in Australia and the rest of the world.

Ultimately, the law allows an individual to record and televise any event as long as all the parties involved consent. Legally, when your mobile or digital recorder is in sight, you can tape a face to face the interview. The approval of all parties is under presumption in such a case. Using hidden cameras is legal if one acts in accordance with the wiretap and ease dropping laws (Brevini, 2017). A couple of states in the USA have banned the use of camera and video on unsuspecting individuals as it a violation of their privacy. For instance, Maryland’s law forbids the filming or recording in washrooms and dressing rooms (“Consent and its limits | Reporters Committee for Freedom of the Press,” 2017).

When filming and recording, journalists need to be aware of the limits of their actions. Wiring and tapping with the intention of unearthing criminal activities are acts which are explicitly legal. However, in the United States of America, it is illegal to record a conversation or a personal event with the intention to extort. This action is malicious and a hideous infringement of the privacy law. For instance, a journalist from the show “Primetime” recorded employees of “psychic hotline” without their knowledge. As a result, the workers presented a lawsuit against ABC claiming infringement. The court, however, dismissed the complaint claiming that the taping was not done to achieve blackmail or criminal activities. The judge stated that the employees failed to produce any concrete evidence proving the illegal purpose of the recording thus there was no violation of the federal statute (“Consent and its limits | Reporters Committee for Freedom of the Press,” 2017). In a different case, an ophthalmologist who had agreed to an interview with “Primetime live” presented a lawsuit against ABC claiming that they had videotaped consultation between the doctor and individuals posing to be patients illegally. The Chicago court rejected the claim stating that wiretap requires one-party consent, in this case, undercover patients (LLncos, 2015).

When acquiring, recording or filming any information, it is illegal to trespass in the process. This act is an infringement because the recorded party gives no consent for the action. The affected individual has the right to sue the guilty party and gain compensation. For instance, in Desnik, a doctor presented a complaint against a network because he was unaware of bugging in his working area. In spite of the claim, the judge dismissed the complaint arguing that the public could access the area thus there was no infraction. In October 1999, the US court of appeal in Richmond ruled that journalists from “Primetime live” with jobs in Food Lion Grocery store could legally access the store’s private areas. (Chretien, 2013). These employees surpassed the extent of their consent as they illegally bugged these areas. The company had not authorized these recordings, and therefore this act constituted trespass. The judge argued that the presence in the private areas of the store was illegal due to the action of filming. However, Food lion had no proof that the invasion resulted in damage to the company. The damage only occurred due to the resulting film aired which altered the consumers’ judgment causing most of them to alienate food lion’s stores. As a result, the company only acquired one-dollar damage compensation due to trespass (LLncos, 2015).

The expectation of privacy is also an issue that is relevant when evaluating cases of illegal filming. In Desnik, the court ruled that the doctor did not have a privacy expectation in the consultation room with his patients. In a different case, a medical testing lab presented a lawsuit against ABC concerning their segment in “Primetime live” on the frequency of mistakes analyzing women’s pap smear for cancer (Otieno, 2011). The lab claimed that the producers of the show impersonated specialists and recorded operations. The US court dismissed the cases stating that the lab had no claim to an expectation of privacy. Furthermore, the journalists had only lifted parts of the lab that was completely accessible to public thus the workers had no privacy claims as none of the conversations captured was of personal nature (Otieno, 2011).

In March 2013, BBC journalist accompanied the London school of economics while secretly filming a documentary. The journalists posed as Korean professors in the tour to North Korea. Before the departure, one of BBC’s senior committee member assessed the situation and concluded that the students who were the subjects of the documentary were in no apparent danger. The reason was that the project was ultimately low risk. However, the students complained that they did not know about the filming until their arrival to Pyongyang. The university also claimed that they had no prior information and that there was no existing contract between the school and BBC. Once the incident was public, North Korea threatened to publish personal details from the students’ passport (Shaw & McKeever, 2012). This episode was a grievous infraction of the privacy of the students. The journalists had no consent to film the documentary. For the economic students, BBC didn’t make apologies and went on to screen the film justifying the act as one that protected the interest of the public.

The New York Times reported that BBC journalists had mentioned of the documentary to the students before their departure to North Korea. They claimed to have regularly reminded the students of the plan to accompany them enough that they had ample time to call the event. In spite of this fact, this act does not entail informed consent, and the students were right to complain. For it to be genuinely informed consent, the students must sign a contract of agreement acknowledging they understood all the possible outcomes of the event. Therefore, BBC journalists defied the ethical perspective of the media law (Shaw & McKeever, 2012).

In the year 2005, the police in the city of Melbourne arrested 12 Muslim men on charges of terrorism. After being held in harsh conditions for several days, the men faced the court where the judge responded to their appeal and directed their incarceration in more humane conditions. The Victorian Premier’s, Steve Barracks, was cast in the news claiming that the arrest had disrupted the organization of a terrorist attack in Australia. However, the suspect’s lawyer stated that his clients were facing charges of being members of a terrorist group and not planning an attack (Hunsinger, 2005).

Soon, after a nine-month trial where the jury had 482 secretly taped conversation between police and 25 lawyers analyzing 66000 pages in evidence, the court sentenced 7 in February 2009 on the basis that they participated acts that propagated terrorism in the future. The experimental documentary film acts as an essential resource for law and media students. However, it couldn’t be seen at the time because the commonwealth director of public prosecutions argued that it might prejudice further trials (Hendtlass & Nichols, 2003). This move was uncalled for since the film showed the severe impact of Australian anti-terror laws, an issue mainstream media failed to cover (Hughes, 2014).

The film shows defense lawyers striving in human rights context, only to realize the outcome where most of the clients turned out to be guilty. The film documents how the family of the accused suffered and how the country’s anti-terrorism laws eroded the rights for the media and news analysis. As a result, there emerged a lot of speculations and inaccurate statements made by both politicians and police (Hughes, 2014).

The consent is also valid even in cases when one party may mistake the terms. In California, a lady accused CBS of trespassing and intruding when a group of journalists joined a rescue team in her residence while were responding about an abuse case. She claimed that although she had permitted the journalists to record, the crew implied that they were working with the district attorney’s office. She only allowed them to film due to this reason. The ruling stated that the statute laws of invasion don’t nullify a consent acquired fraudulently. Therefore, the crew had not violated any term of approval (Shaw & McKeever, 2012).

Recently, the availability of handheld mobile camera and other digital recording devices have continually tested the scope of freedom to taping with a device in plain view. Reporters caught using these tools to record the police might face arrest. Illinois forbids journalists against taping police activities in plain sight. The state’s eavesdropping laws ban any recording without consent of all involved parties regardless of the expectation of privacy (Hughes, 2014).

Ethical, legal factors while filming and broadcasting are usually interlaced. The given examples illustrate this intricate relationship. Every moral aspect needs to be thoroughly addressed to prevent the production from ending up in expensive interlocutory battles. While editing, sometimes it is difficult for producers and journalists at large to sport possible ideological and representational differences in the diverse audience (Butler & Rodrick, 2015). Sometimes, the final [product tends to ignore the original contract in a bid to adhere to the financial obligation and public interests. There should be a continuous ethical dialogue between the camera subjects and the parties involved in editing and post-production stages. As a result, legal pitfalls will be avoided or rather easily resolved. Such a response will help fortify and create preparedness in case of any arising problems like those highlighted by this article.

Filmmakers are ethically but not contractually required to uphold media statutes when dealing with subjects who volunteer. Just like medical research,the application of penalty due to withdrawal from participation is illegal. Nevertheless, it is vital for the journalists’ rights and obligations to be upheld when the camera subject proves that they are in any danger as a result of the film. Journalists’ rights are safeguarded to some extent through the action for breach of contract. It is difficult for television journalists to visualize how the final story will unfold thus a production that involves informed consents acquires a more positive subject feedback.

Sometimes, deception is acceptable if it upholds the public interest. In such cases, approval from a body which acts as an ethics committee is essential. Senior staff and lawyers critically evaluate the developed script to root out any legal and ethical problems.

Scroll back to top